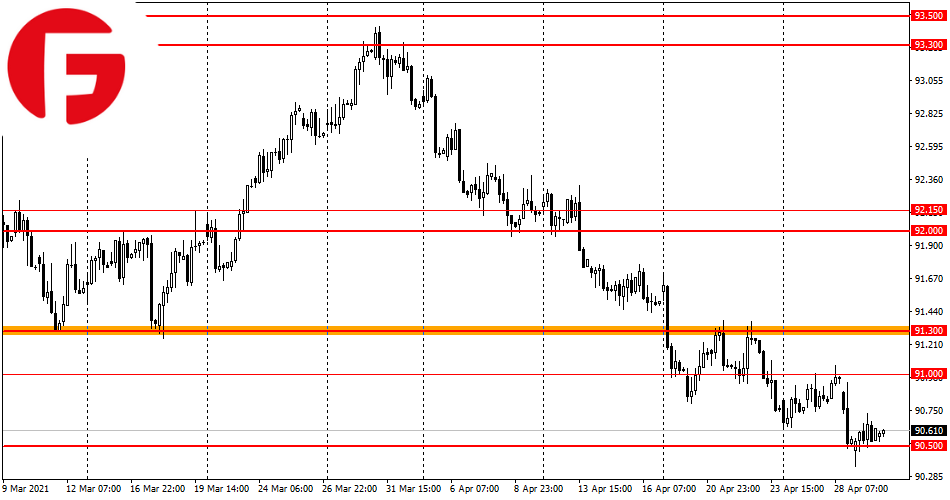 On Thursday the data on the change in GDP growth rate for the first quarter as well as the change in the number of initial and repeated applications for unemployment benefits in the USA were published. The actual data was better than the previous values, but noticeably worse than forecasted, so the demand for the US dollar remained weak. Nevertheless, the US dollar index is holding above the support level of 90.50, until the break in which active selling remains in the high-risk zone.

Today, the US will report on the change in the level of household spending in March. But only exceeding the forecast value can provide the necessary support for the US currency to resume growth. 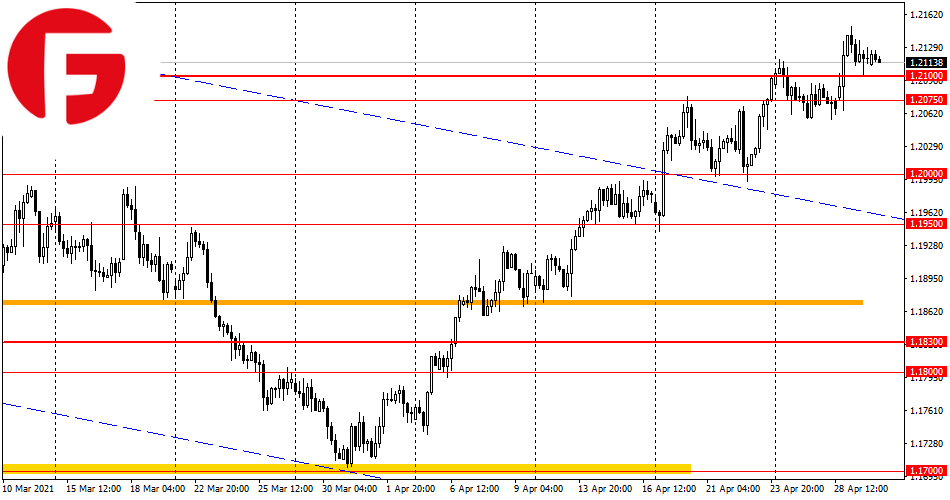 On the eve of the publication of the Eurozone inflation report, demand for the pair remains very weak. Let me remind you that economists expect an increase in inflation, which is positive for the EUR. At the same time, it is not necessary to count on a strong growth of the pair during the release. In addition, the publication of unexpectedly weaker data compared to the forecast may put pressure on the pair, returning it to 1.2100. In this case, the risk of developing a more powerful wave of decline will significantly increase.

The return of the pair's quotes to the support level of 1.2100 cancels the bullish scenario. 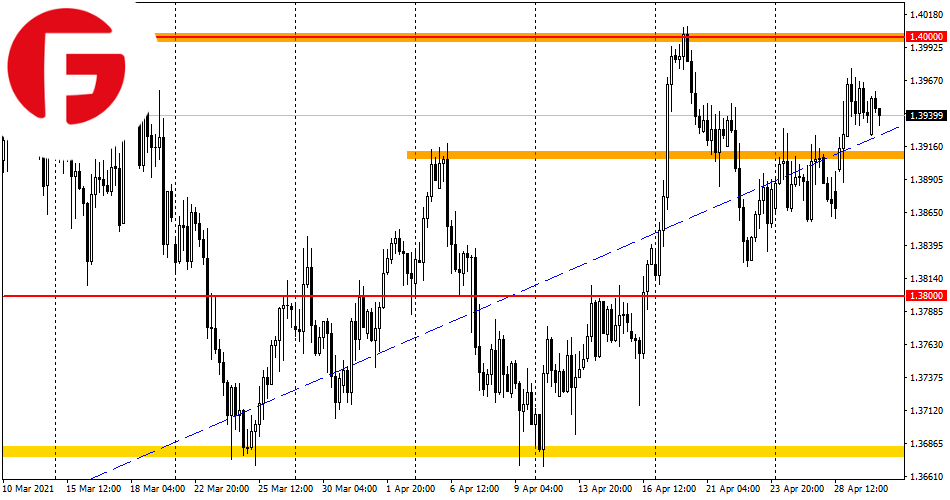 The trading volatility of this currency pair is decreasing, and, as a result, we see the consolidation of quotations in a relatively small price range. Given the absence of important macroeconomic reports from the UK, the further direction of the price movement will depend on the strength of the US dollar. At the same time, it is important to take into account the general uncertainty of the market, as indicated by the long-term retention of the pair in the wide sideways range of 1.3800-1.4000. 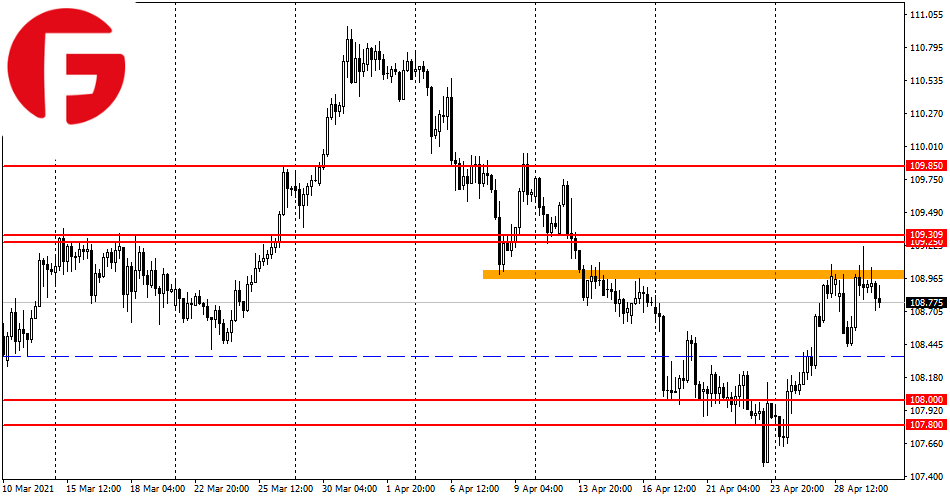 Another attempt to break through and fix above the level of 109.00 failed, thereby increasing the risk of resuming the downward movement. Accordingly, we will be able to talk about the readiness of buyers to resume growth only after fixing the quotes above 109.30. At the same time, fixing the pair above 109.00 will indicate the weakness of buyers, canceling the bearish scenario.